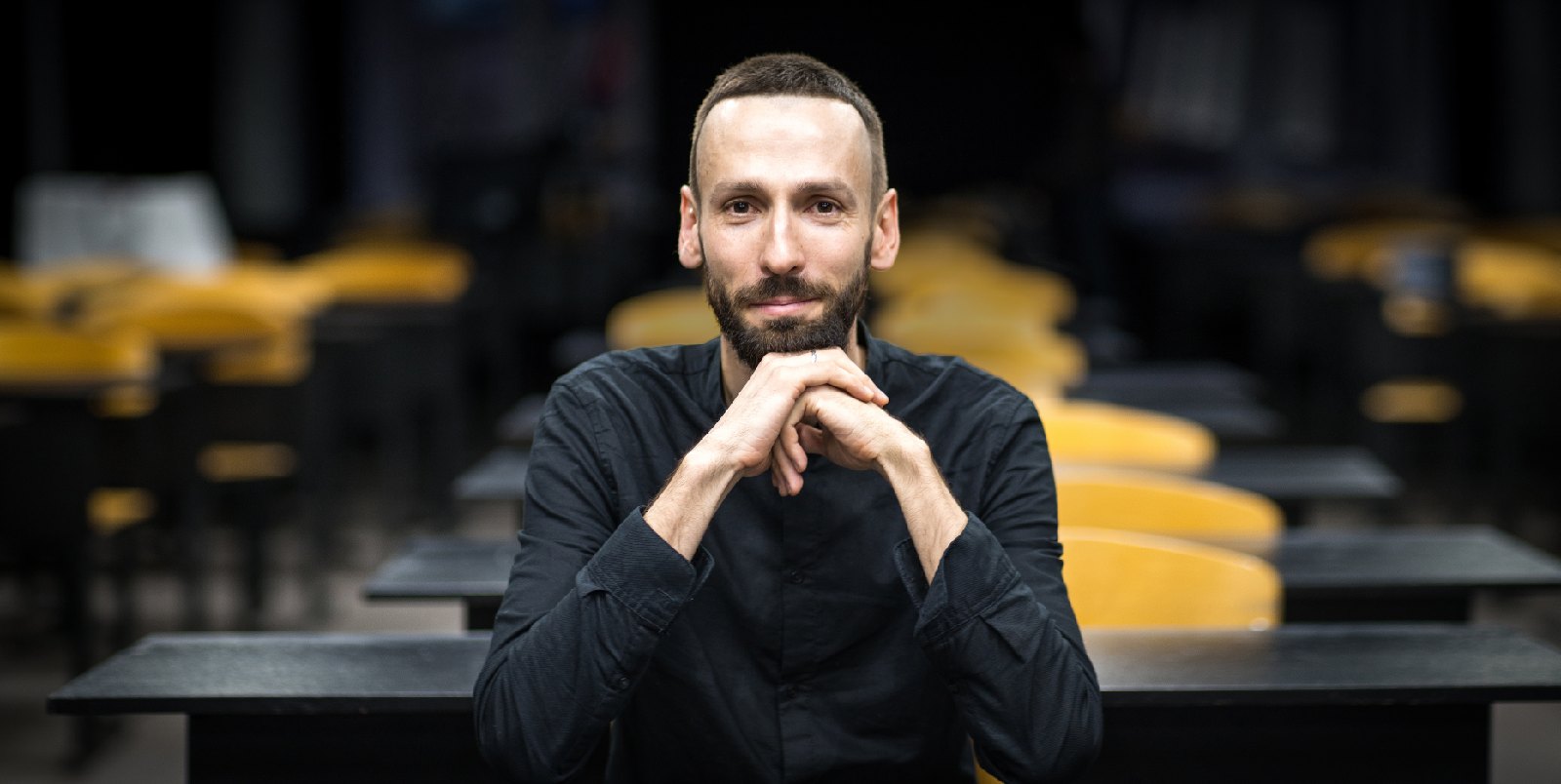 Andrey Syaylev was born in 1982. He graduated from the Samara Art School. Works as a sculptor, painter, photo and video artist, as well as a street artist. Appears as a curator. Lives in Moscow.
Participant of the 1st Triennale of Russian Contemporary Art (2017), the 5th and 6th Moscow Biennale of Contemporary Art, the MANIFESTA-10 (2014) and numerous video festivals in Russia and Europe. Solo exhibitions in the Guelman Gallery, Samara Regional Art Museum, Vladimir Smirnov and Konstantin Sorokin Foundation.

About artistic practice:
The work of Andrey Syaylev is an attempt to materialize the flow of time making out the architectonics of it’s “spatial sections”. Deeply plunging into details, the artist in the experimental series separates various textures, materials and spaces into micronutrients.

The most frequent figures of his works are pattern structures, for example, bricks, tile laying or books. For the artist, they play the role of ideal forms of «compressed» temporality. Brickwork or a multi-volume become as the models of visual meshworks that structure the human perception.
The artist considers his task to transmit to the viewer the skills of adjustment of the specific «depth of field» in perception of reality.

Artist’s works are both in private and museum collections, including collections of the The Tretyakov Gallery.